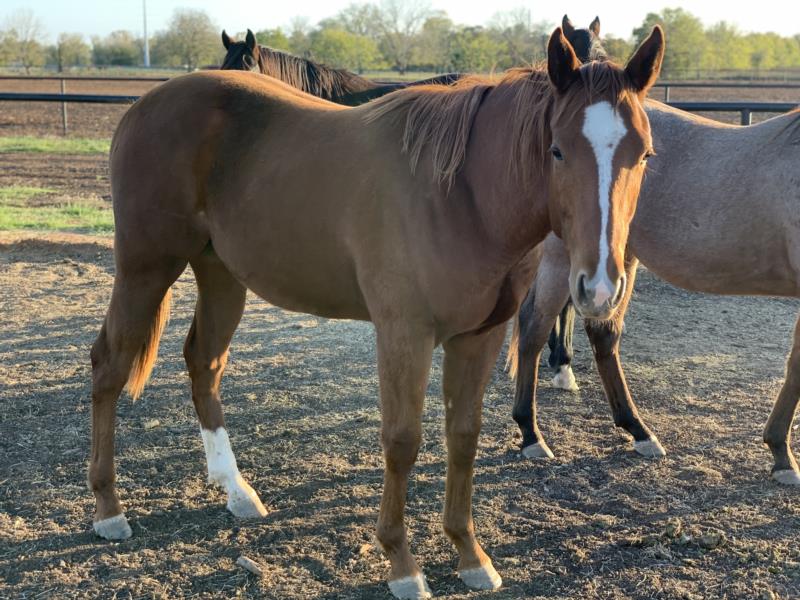 This stud colt was bred to be great.  His Dam is Shake it Frenchie Trained and ran by Jordon Briggs her futurity and derby years. The duo won the 1st & 2nd go of 5 State Breeders and also taking home the All Around Title for their win in Poles! She went on to either win and place at the Greg Olson, Pacwest Slot race & Futurity, JBQH Futurity, Dash and dance, The BFA and so much more. They ended 2012 being the #6 Futurty horse in the nation with earnings over $65,000. Shake it Frenchie aka Roxy continued her winning streak with Jodee Miller picking up checks at WRAPN3, ANHA, BBR World Finals, Elite Extravagansa and several more. Roxy even helped Jayme Robison place at Los Fresnos & San Patricio Pro rodeo. Roxy's short career would end after that when she suffered an injury leaving her with over $85,000 in life time earnings and would become one of our most valuable broodmares Her dam, Shake Me Easy AA is a proven track money earner with Barrel Progeny Earnings of $103,871. Sired by World Champion EASY JET, whose race progeny earned over $26 Million! His daughters have produced $1.3 Million in Barrel Progeny Earnings!! She has produced many outstanding full siblings to Roxy including; Shakemeup Frenchgirl LTE $50,000+, Shakeit For The Guys, Shez Easy Onthe Eyes Money Earner & AQHA point earner and the Stallion Guys Easy Jet Sired by the Decades #1 leading living Sire FRENCHMANS GUY, sire of over $14 million in Barrel Progeny Earnings.

Sired by: Blazin Jetolena is the number 5 leading sire of the decade! Progeny earning in excess of 2.3 million!!

Colt has been Paid into: Future Fortunes & 2020 Pink & Ruby Buckle payments (Must contuine each year to remain elliagble).