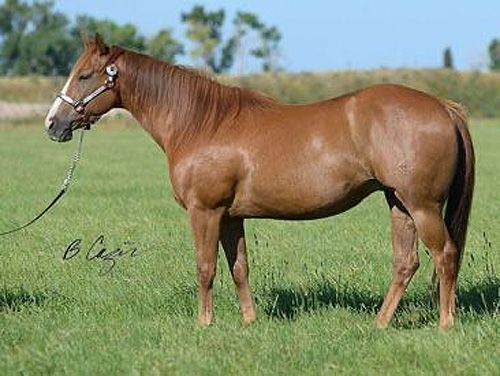 Sweets was bred & trained by Jill Lane and then sent her to Mark Bungi to campaign her futurity year. Unfortunately, sweets would injure herself very early on and would become a broodmare. Jill bred her to French Streaktovegas resulting in her first foal JL fame in Vegas. M R Performance horses purchased this filly and shortly after purchased the dam JL Sweet Fame as well. She is now our ranch's number one producing dam by Dash Ta Fame.

Her dam BF Silver Charm has earned her ROM in racing. She is also a half sister to BF Shenanigan ridden by Stefanie Frei & Cody Bauserman, one of Dash Ta Fame's top money earners. Her offspring (Sweet's Full siblings) JL Thirdtimesacharm, JL Takin on the fame, JL Fourtafame & JL High five ta fame have earned over $135,000 in the barrel arena. She is also the dam of Jill Lane's Stallion JL Reddy to Charm by Red.

Foals not running yet are: